Bread is so versatile, convenient and cheap – for the non-health conscious it is the perfect food. Toast it for breakfast/ snack between meals, have it as a sandwich for lunch, and you can even have bread pudding as a desert in the evening. 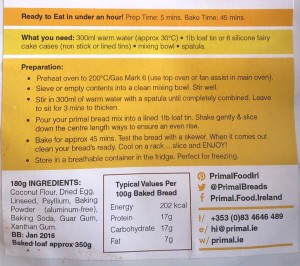 When you start to look at what you eat though, you realise bread is devoid of any real nutrition. It’s high in simple carbohydrates and is extremely high in gluten which many people can’t consume in large quantities. The problem is you have been eating it regularly for years, and many of your meals probably revolve around it, so, how can you an you remove bread from your life just like that?

This is something I have been trying to do for a number of years, and I got quite good at it. Luckily I never really liked toast, so lunch was my only real obstacle, and instead of a tuna sandwich for example, I would have a tuna salad. It was nice, and I enjoyed it, but I felt restricted. I’ll be honest, I missed bread.

I started looking for alternatives, and found primal bread, which makes primal bread mix, which allows you to make the wheat free bread at home. I was sceptical at first, other food substitutes I have tried have never really been very nice. I once tried my friends vegan bacon out of interest once and it was disgusting! I thought this primal bread was worth a try though, so got some to try.

The ingredients list is great, very minimal with no wheat or simple carbs. I can’t imagine you would be getting too much in the way on micro-nutrients out of it, but the macros are very attractive, especially compared to regular bread.

The mix comes in a pouch with a layer of foil inside, similar to small pouches you can get protein powders in or green foods.

When I poured the bread mix into a bowl it looks like regular bread mix, nothing special. It does smell of coconut. 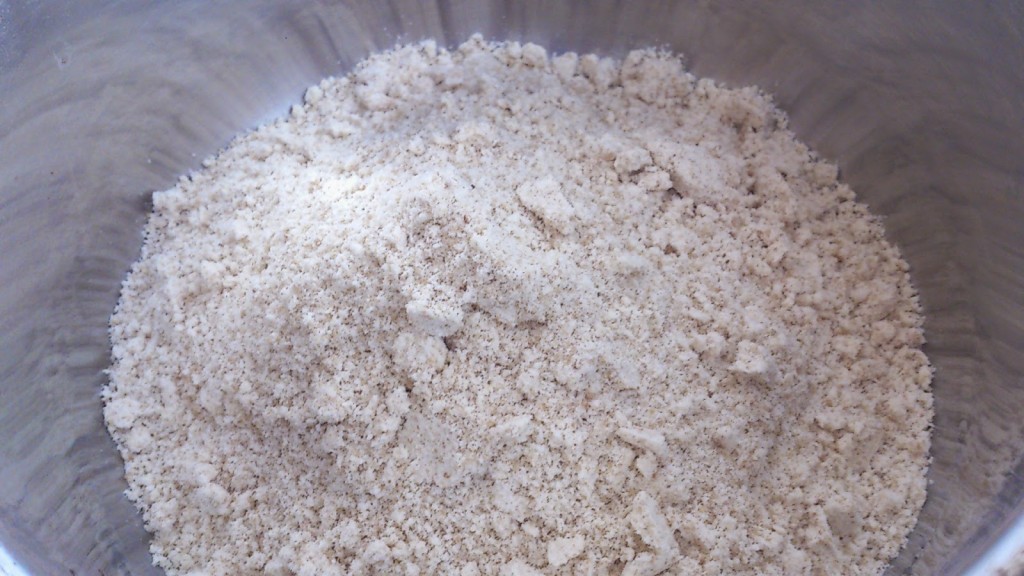 You then need to add 300ml of water to the mix. This is where I notice a difference from conventional bread mix. The texture of this mix is not very elastic, I would describe it more like porridge. 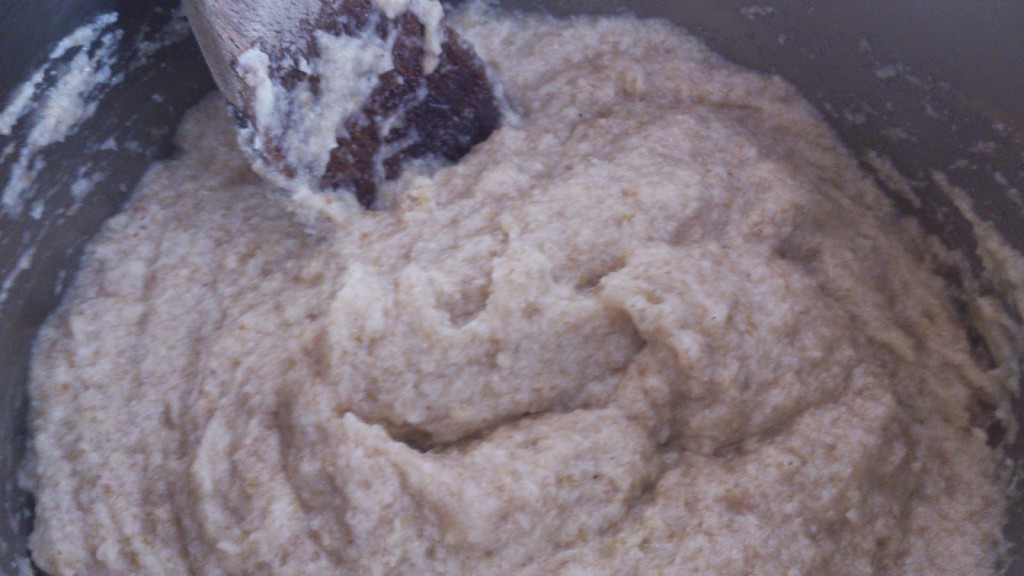 After a good mixing the bread is ready to be made :) 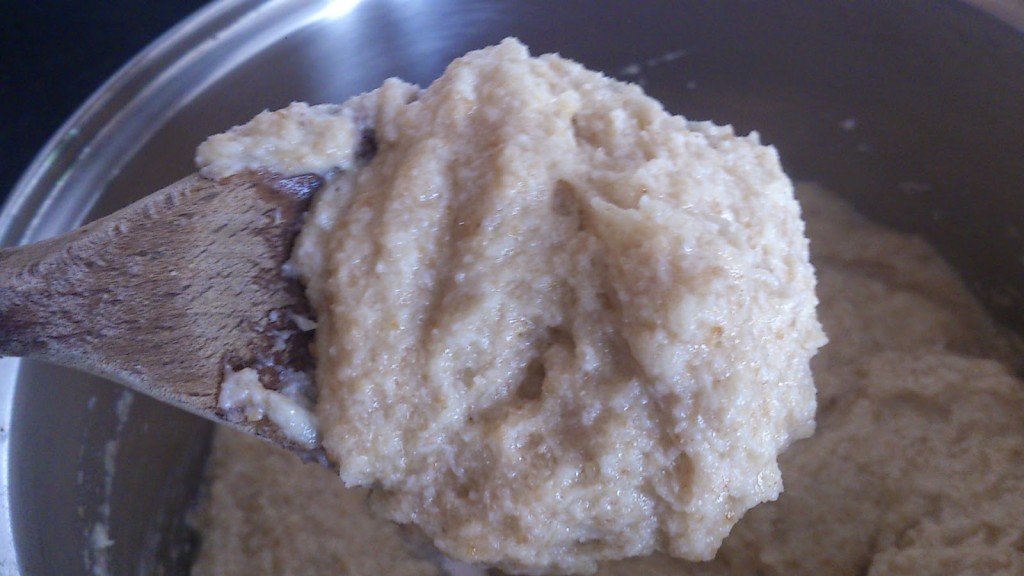 I wanted to make bread rolls, so formed 4 balls out of the mix, I wasn’t sure if they would rise or not, so I made the balls the size I would want a bread roll to be, and spaced them apart just in-case they did rise. 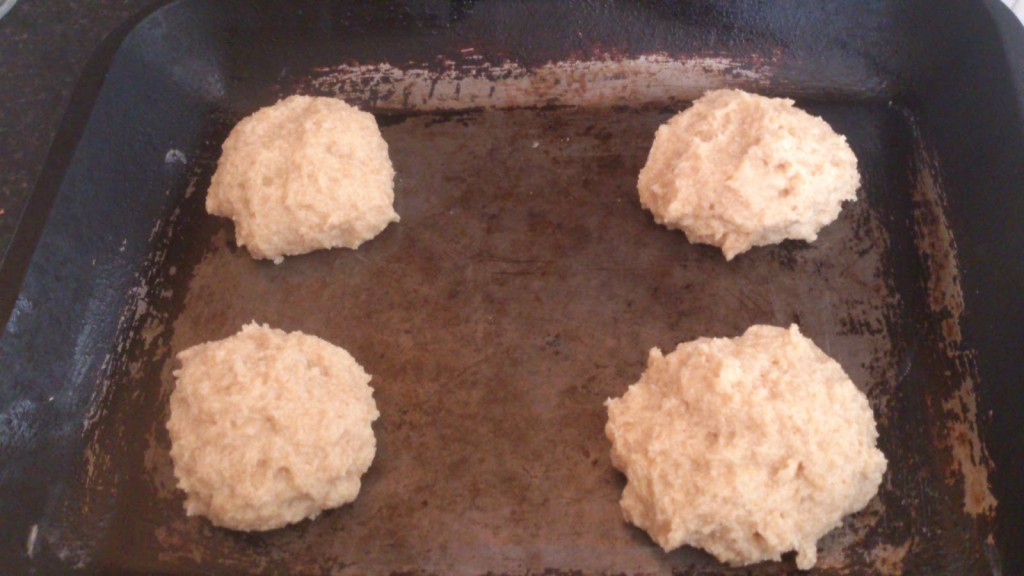 After 45mins in the oven I took them out, and it turns out they did rise! I now have 4 bread rolls, although I think I’ll call them bread boulders to be more in-keeping with the primal feel and their shape. They are quite big, and in hindsight I should have made 5 boulders instead of 4. 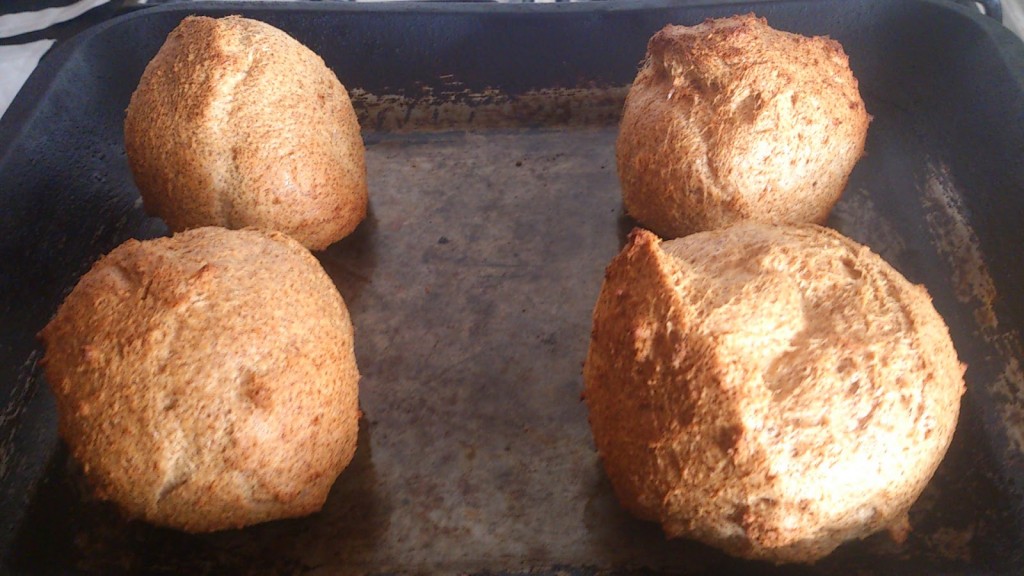 So far I am impressed – it looks like bread! The crust is quite soft, and, well, feels like a crust.So far so good. I cut it open to make my first primal sandwich and the middle is very soft and light – looks great! 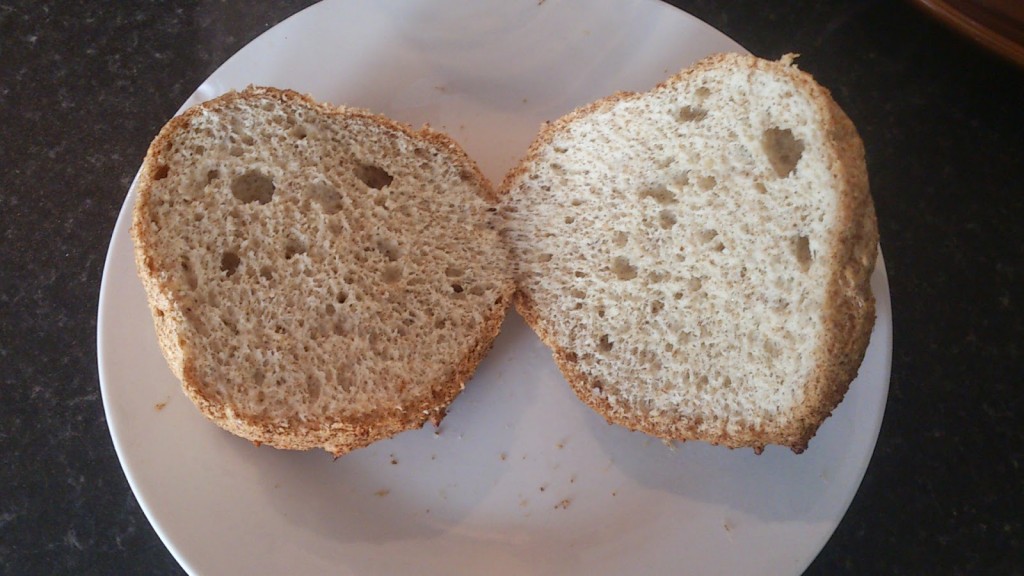 Texture wise, it is very similar to bread. There is less elasticity in the crust of the primal bread than regular bread, and there is very little taste to it, perhaps a very mild taste of coconut, but that’s it. Next time I will add some oregano and possibly some garlic, but overall I really liked it!

If you are not a fan of the bread boulders, then the mix also makes a very nice loaf. Overall I am very happy with this bread alternative, and it has added a whole new list of possible lunches! 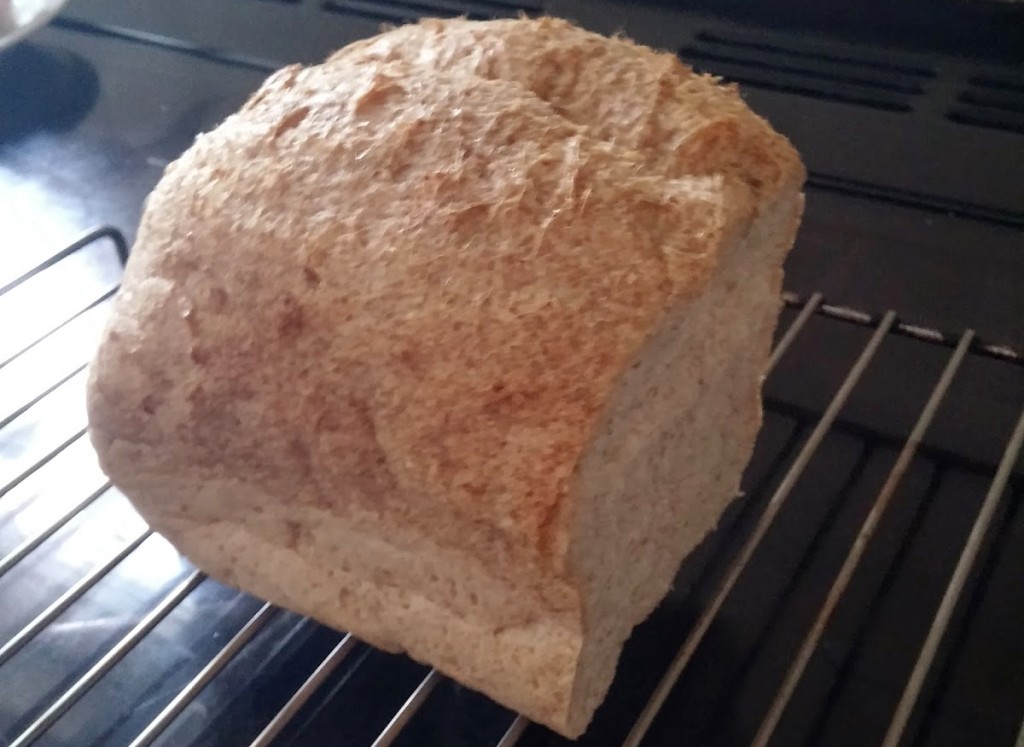 We are hoping to make this available in the UK soon, so watch this space!