The Price of Cancer

Recent figures release by the National Cancer Research Institute (NCRI) have stated that cancer costs the UK £15 billion a year. The most expensive cancer being lung cancer, which... 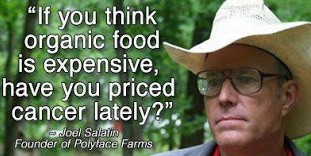 Recent figures release by the National Cancer Research Institute (NCRI) have stated that cancer costs the UK £15 billion a year. The most expensive cancer being lung cancer, which costs over £9000 for each sufferer. These costs take into account a number of factors such as sick leave and cost of treatment. It is a mixed blessing that in the UK we have the option to fall back on the NHS, but we actually do pay for the cancer indirectly in the form of taxes.

The working population in the UK (as of 2008) was 38 million, which means that each person working is paying on average £395 a year for taxes. Or the average across the entire population is approximately £250 a year.

That is expensive right!?

If we could reduce the cancer rate in the country we could all potentially be £250 better off a year.